I have a new job….I’m the Island Caretaker!!

The speed in which things have moved along over the last few days has been incredible, I suppose what I’m also saying is sorry…sorry for not getting any updates out onto my blog and website but there really hasn’t been a chance to do anything of my own since the announcement was made!!

I’ve had the most amazing experience over the last week with two days of incredibly intense tasks and tests at the start of it on our arrival at Hamilton Island…literally from the moment we stepped off the plane and hit the media scrum which was assembled in the entrance of the terminal building. 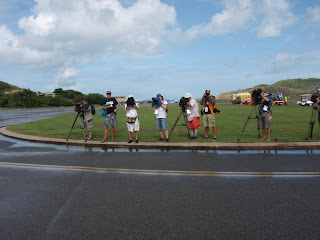 As we got off the Virgin Blue flight from Brisbane around 6 cameras were waiting there on the tarmac for us…as we turned the corner out into the arrivals area there must have been another 40! How on earth poor little Meiko, my now good friend from Japan, handled the huge number who were there to cover her alone I’ll never know – well done!

So in at the deep end, literally. Off for the first of the trials we’d be subjected to over the next 3 days; the swimming test. Donning our new Aussie Bum boardies and rashie we all stood at the edge of the pool preparing to prove we could float and swim to the gathered mass of crowds and press…and I think we all did really well, no body sank anyway!

It’s still not over; the effects of jetlag are there at 5am as my body continues to struggle with getting a good night’s sleep, but at least this morning there’s something worth waking up early to see…
My fantastic room, 10 floors up, at the Reef View Hotel looks out across the sand to the ocean in the distance and as the first rays of sunrise penetrated the horizon the view which greeted me was one of pure beauty. After weeks of preparing myself both physically and mentally the day had finally dawned which would welcome me to the wonders of the Great Barrier Reef and its islands. 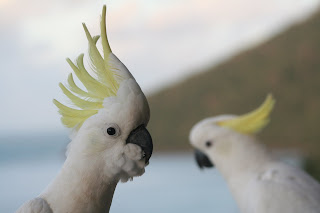 After a quick consultation with the schedule to check I was satisfying the compulsory clothing requirements I dressed up and headed downstairs to meet the other candidates in reception all preparing for the first of the psychometric tests of the week.

The room was ready, the candidates were ready…but breakfast wasn’t and all our tired little bodies needed was an injection of energy to stimulate the brain! It arrived in due course as we set about the task of completing the 186 questions required in the tight timescale together with trying to pack enough food in to see us through to lunch…possibly another challenge from TQ?!

With the mental testing out of the way we headed to our bus which whipped us, at a very leisurely 20km/h, to the awaiting Fantasea boat which would take us out to the snorkeling platform some 70km from Hamilton Island. Packed with crew, biologists, media and now 16 candidates the amply loaded vessel headed out of the harbour into the open channel, the swell building all the time with waves crashing over the bow of our ride upsetting more than a few of my fellow passengers. 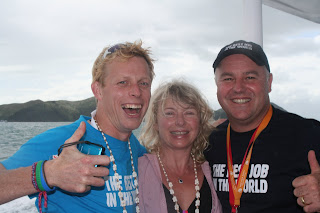 As we advanced on our snorkeling site we were treated to a number of presentations about
Fantasea, the Great Barrier Reef and the very quirky safety briefing - all important for anybody considering a trip on the water. Jacqui, the resident Marine Biologist, answering a number of questions I had for her relating to the way in which the eco-tourism side of the Great Barrier Reef Marine Park is handled, a subject which is particularly close to my heart following the research I’ve been carrying out over the past few weeks. 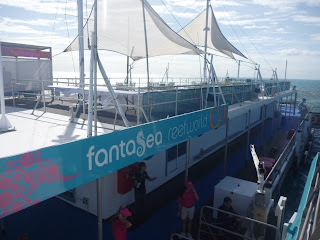 After 45 minutes we arrived alongside Fantasea Reefworld, an amazing mooring located right on the edge of Hardy Reef surrounded by crystal clear tropical blue waters – even more enticing than those of the Red Sea I’d been lucky enough to sample last year! We hopped aboard the floating adventure park and prepared for the first ‘at-sea’ task of the day. A quick visit to the changing rooms and I appeared back out onto deck dressed in my obligatory stinger suit (looking like a superhero, although lacking in the muscles department) essential for these waters even now during the latter months of the summer due to a variety of jellyfish which live here and can deliver a potentially nasty sting. No taking chances here!

With my fins on, snorkel at the ready and desire to get into the water becoming more than a little overwhelming, Hailey, James, George and I left the platform by motor launch and headed to the pontoon positioned up tide around 250 meters away.
I hit the water with the standard entry and immediately felt my snorkel leave the side of my mask filling my breathing tube with a good mouthful of saltwater…great start Ben! With this problem overcome it was back to the task in hand…..and finally a chance to explore this incredible underwater environment I’d heard, dreamt and fantasized so much about in the run up to getting out here…..

…..and what a delight it was to finally submerge below the surface to an environment I became so accustomed to last year; after the experience of Lake Malawi, Zanzibar and the Red Sea the Great Barrier Reef was really going to have to deliver to live up to its reputation!

As I descended below the wind-chopped waves above and finally peered through the mask I began to focus on the new world below me and struggled to control my breath with what I was seeing before me.

Coral absolutely everywhere and in all shapes, sizes and colours with a multitude of fish swimming around them – almost too many to count and understandably so, with 1500 species of fish calling the Great Barrier Reef their home. I’ve dived in some amazing other locations in the world before but the sheer concentration of corals here really blew every other experience out of the water (no pun intended). Stag coral, Finger coral, Brain coral all vying for position, gripping at every available place along the reef looking akin to an underwater forest. I’ve seen the rainforests of central Africa and now I was witnessing the underwater equivalent in Queensland!

As I became more comfortable in the still-churning swell I could relax and start to take in some the species I was witnessing; a young Maori Wrasse cruised by, a Green Turtle anonymously hugged the seabed some five metres below me easily visible in the clear, warm water, Nemo himself, in fact Nemo and his entire family presented themselves to me as I drifted past my jaw almost scraping on the coral as I went. 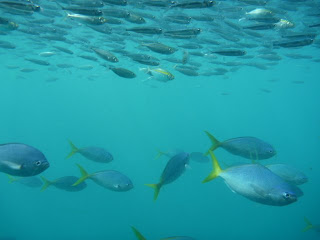 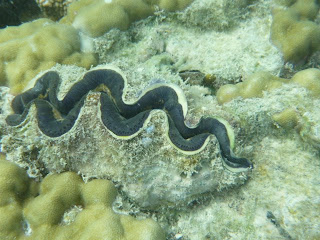 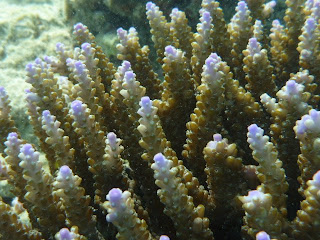 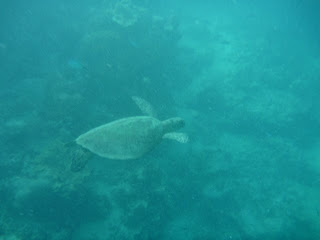 In all sincerity, congratulations!
It truly is a dream job.

I considered auditioning it for myself, but really thought it needed someone who possessed more than just passion and admiration for beautiful Australia. It, also, needed someone with the established background who would present her to the world as the true wonder & beauty that she is. Someone who had the experience to do her justice.

Enjoy this once in a lifetime adventure...it will not only be treasured by you, but by all of us watching from far away lands.

Congratulations from a heart !

It is great for you!

Hope we will read many wonderful stories and get nice photos !

Many congrats - you'v earned yourself a fantastic 'job' (even though I hope it wont feel like one!).

I look forward to reading all about it.

Hey Ben,
best of luck for your island caretaker job.
I truly appreciate your blog and the way you intend life.
I'll talk about you soon in my blog!
Everybody in Italy has to know..
Bye bye

Hi, Ben,
congrats on the new job~!!
we are a little group thinking of travelling hamilton island in one of the weekend during late July & mid August~!
like to find out if we can meet up with ya and maybe show us around? :D