Finally the sun shone during Easter! 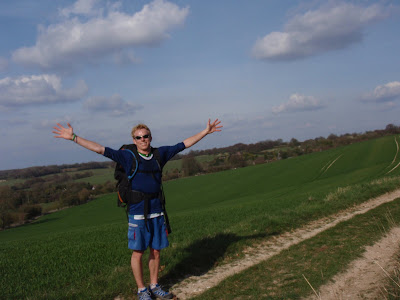 Now for most people who celebrate Easter, Good Friday is usually the start of a particularly relaxing few days off work with time spent in the garden, seeing friends or just watching some sport on tv....but I'm afraid I don't subscribe to that at all, it's potentially one of the most usable and busiest weekends of the year now that the clocks have jumped forwards by an hour and the evenings are that much longer!

For me Good Friday is nothing more than another day of work. The agricultural business which I'm project-managing right now celebrate their busiest month of the year starting this weekend so its all hands on deck to help out with the melee of phone calls, customers and drivers all needing help....AND RIGHT NOW!!

Once I'd watched the clock tick past the 17:30 mark it was time to head home to prepare for the weekend ahead, and as usual I'd planned far too much to fit into the short three days off.

A good friend who works for a PR company handles an electronics company as one of her clients and in passing a few weeks ago mentioned the Best Job in the World and how well my application was going for the role, apparently their ears pricked up at the thought of being able to get some of their products out to me where I could test them in 'The Field' so to speak, proving their worth at actually handling some of the conditions they were tested for.

I was intrigued too...I love technology, gadgets and anything else which could add an new air to my blog reporting to make it more visually appealing to anyone out there who actually reads them! The box which greeted me when I got home was stuffed full of the usual air packing and after delving deeper to the bottom found three new toys to unwrap and play with....OOooo it was just like Christmas all over again.

Oregon Scientific had been kind enough to send through three of their latest products for a good old fashioned roadtest, a weather station watch (superb timing guys, the Suunto which I normally wear is out for repairs this week so arrived at exactly right time!), a pair of super slimline walkie-talkies and an Action Video Camera!

Time to get using them then. I strapped the watch to my wrist, set the date and time and worked it all out....simple enough. Now I'd checked the weather out on my usual site http://www.metcheck.com/and didn't hold much hope for the weekend ahead...grey, wet and not exactly the start of summer all of us weather-addicted Brits hope for on a holiday weekend.

Unfortunately the watch didn't give much more of an optimistic outlook either with clouds and a sun showing on the face.....well sit on the fence why don't you! Still the training has to continue so come first light on Saturday morning I'd needed to get out onto the tracks and footpaths of Ropley to keep the fitness levels high.

Never the easiest thing to do, drag yourself out of bed to go for a run - I don't seem to have a problem getting up at 05:30hrs every weekday to go swimming before work but on the weekend when the cloud base outside looks like it hovering just above ground level and the outside temperature isn't much over 10c its damn hard to shoehorn yourself out of a very comfortable pit. Bring on the delights of Australia and the pleasure of training in the warm again....oh how I miss African roads.

I've been upping my training over the last few weeks to give my mind something else to think about instead of The Best Job application and my gorgeous girlfriend over in Canada so horribly far away. The stamina and mental strength which I need to get me up the hills when I running further than normal and now with a 15kg backpack on certainly do that!

Its all in preparation for the Low Alpine Mountain Marathon, a two day event at the beginning of June somewhere in the north of Scotland - the location for which remain secret right up until the last minute. No idea why...as if we'll try and get up there in advance to put ourselves through hell, it'll be bad enough on that weekend surely! Bryan Smith, a good friend from Mumm Champagne days, will be my partner over that weekend when we have to orient our path, carry all of our food, water, tent and clothing all whilst running towards a seemingly impossible finish line some 48hrs after we start, and getting out now to train with a full backpack on is one of the best things to do locally to ready myself for the challenge. The total distance we'll need to cover is released just before the event but I've been told to prepare for a marathon a day up and down some of the steepest mountains in the Highlands and Islands....haha love it.

Ropley's a pretty hilly place for the South of England but nothing in comparison to the Scottish mountains, in fact nothing at all and as a result when I head out of the door with my running shoes on, my backback loaded and water filled I head as far off the beaten track as possible.

Having lived in the area for around 20 years I know all of the local roads from playing on them as a kid and training on them more recently...but recently I've taken to leaving the roads behind and following the footpath signs which I regularly drive past thinking "I wonder where the hell that goes to?"

Over stiles and through fields, ducking under branches, shoes splashing through the puddles formed by the dreary rain and squelching through the sloppy mud my feet crash into as they pierce the leaf-littered floor of the woods - this is real running and great training, the straps of the backpack needing regular adjustment to keep the load on my back level and tight to my body, my feet need more accurate placement to lessen the chance of the inevitable fall and my legs feel heavier after every slight incline....it must be good training surely?!

After winding through the back lanes of the neighbouring villages I open out onto the muddiest track of the morning and there's crap flying everywhere from my feet as I pace through the wet bye way before finally breaking out onto a familiar looking piece of tarmac only a couple of miles from my house, and I'm on the home stretch finally.

A quick glance at the watch as I turn into my driveway and I've managed 90 mins of fast-paced training with the load strapped firmly to me all the way banging into my lower back like a demolition ball doing its work - its only when I stop I realise that the padding which should have protected me from the aluminium bars has slipped leaving them exposed and the source of the last 30 minutes irritation and soreness.

When I head out for the same run later this week I'll take the Action Cam with me and try to catch some of the footage from my training for you all to see.
"So what happens if I don't get this job then" I've asked myself a couple of times now...well of course I get on with planning and organising the next mission to get my teeth into. One of them being Onionfest - the charity music festival which raises funds for Char's Fund. A cause very close to my heart after I lost a great friend to the awful Tsunami which devastated the Indian Ocean area back in 2004.
Another sideline which jumped forward in leaps and bounds on Saturday would be doing another extreme fundraising expedition/stunt to challenge myself and possibly some other people. the mind wanders amongst various things....rowing across the Atlantic or Indian Ocean, swimming across the English Channel or sailing around the world with my best friend Jay Byrde or as part of the Clipper Ventures adventure. All of them excite me, all of them cost some serious funds so saving money has to be number one! 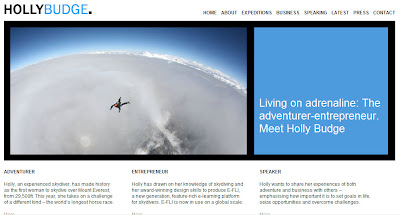 I met up with a friend I used to go to college with on Saturday and it was great to see dear Holly Budge, who has just become the first women to skydive over Everest...not bad hey! She's been looking for a new adventure and after chatting for a long time we shook hands on the idea that something, not sure yet exactly what, but something will be done together in the very near future. Thinking caps on...she has the extreme side and I have the endurance so we have to see what combines the two....any suggestions on a post card please! 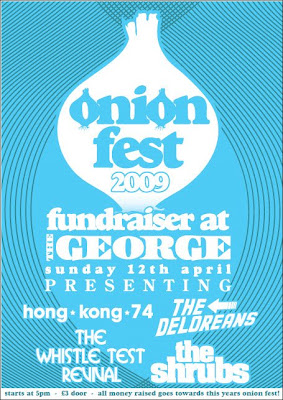 After meeting Holly I headed down into my local town of Petersfield to put together the final touches for Spring Onion, a pre-Onionfest fundraiser taking place on Easter Sunday in the local pub featuring four local bands, which if all goes according to plan should result in us raising enough money to buy a new marquee to house the bar and second stage at this years main Onionfest event on July 25th.


We managed to sell all 200 tickets, sell all the food at the BBQ and all the interesting cocktails too and once we'd cleared up the mess, paid a few bills and counted the cash found we'd made over £1400 which was totally mind blowing and secures a new professional looking marquee in which we can house the open-mic stage and one of the bar areas. This years event will be better than ever....

A lovely little present was waiting for me when I got home that evening, the postman had dropped of a DVD of my interview on ITV Meridian News, our local independent broadcaster, which went out a few weeks ago - before the decision had been made for the final 16 and being in London had missed it when it went out on regional TV. So I called up Bre and played it as loud as I could over the phone to her in Canada. Here it is....

In the details I received from TQ about the next round of the application process came a packing checklist and on it were a number of items I either don't own or have but are in such a tired state that they need replacing and this could only mean one thing....fighting against the other shoppers to grab a deal!

Not being the most au fait person with 'Cocktail Attire' and 'Casual Evening Wear' (my wardrobe amounts to a large collection of casual shirts and that's about as smart as it gets!) I enlisted the help of my dear friends Luke, Josie and Fraser to help with the elimination process and we headed down to Gunwharf Quays together. Four hours later we left.....tired, shopped-out and poorer but damn confident that I now have the wardrobe necessary to present myself in an honest, tidy way to the awaiting TQ bods and media lovies who'll be there in Queensland!!

No photos here obviously to keep the surprise!!

Testing the new equipment continues in earnest -I took the Action Cam out for a run this evening and put together a little movie for you all to see how I spend at least 4hrs of every week trying to keep in tiptop condition in the countryside of Hampshire.....

So that's the last week, this week could be even better and I can't wait to start putting together the next blog already, here's a little taster for you all:

Should be a superb week and just a few things like work, swimming and researching in between....SLEEP WHEN YOU'RE DEAD I SAY!!!

Over and out for now,